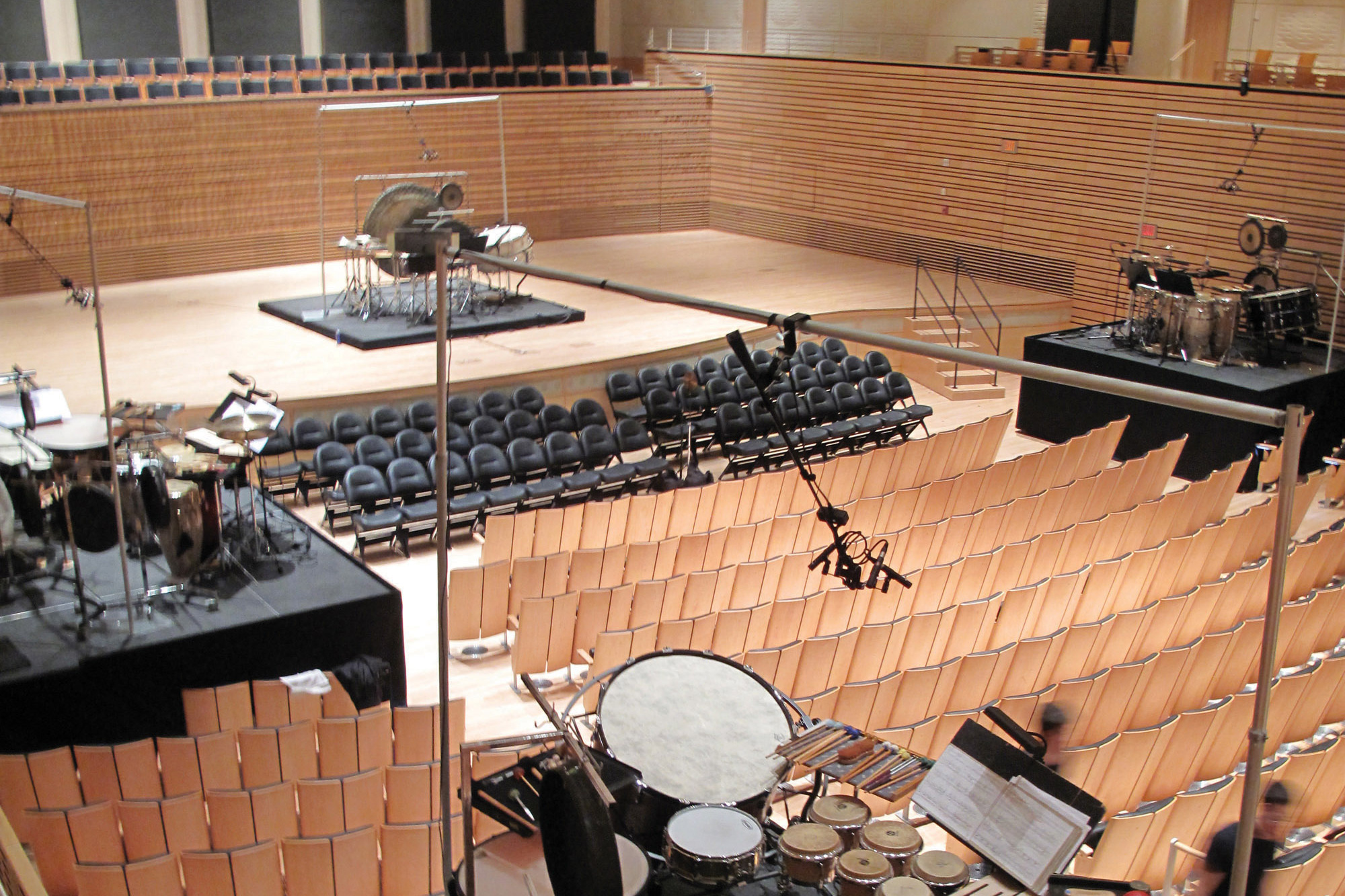 "Grisey's music: a mysterious lever—without secrets—inviting one on luminous voyages of listening towards a metamorphosis. Voluptuous irritation of the experience of sound and time—in perpetual transformation, decomposing and crystallizing: Phoenix and ashes at the same time. Grisey's music always astonishes the senses and mind differently and surprises itself at the same time." — Helmut Lachenmann

Radio signals emitted by two pulsars from a distant place in the universe become part of a work played on six percussion stations that surround the audience. This piece was commissioned from Gérard Grisey by the French ensemble Les Percussions de Strasbourg, which will perform at EMPAC. Grisey has been called one of the founders of so-called spectral music (a label he later disowned). In this piece, the evolution of timbres played by instruments, and of sound colors as they expand, explore the great complexities of what our ears can hear, and take the audience on a journey inside the sound of music. Not only is the space "out there" brought into the Concert Hall, the hall itself is made part of the experience by placing the performers, instruments, and loudspeakers around the audience.

Jean-Pierre Luminet: The Harmony of the Spheres, from Antiquity to Contemporary Music

Jean-Pierre Luminet is a French astrophysicist. He is the research director for the Centre National de la Recherche Scientifique (CNRS), and is a member of the Laboratoire Univers et Théories (LUTH) of the observatory of Paris-Meudon. He was awarded the 2006 Great Prize of the French Academy of Sciences for science communication, and the 1999 International Georges Lemaitre Prize for his original contributions to cosmology and astrophysics. He has published in journals such as Nature, Astrophysical Journal, and Astronomy and Astrophysics, among others. He has also published three acclaimed novels and several poetry books.