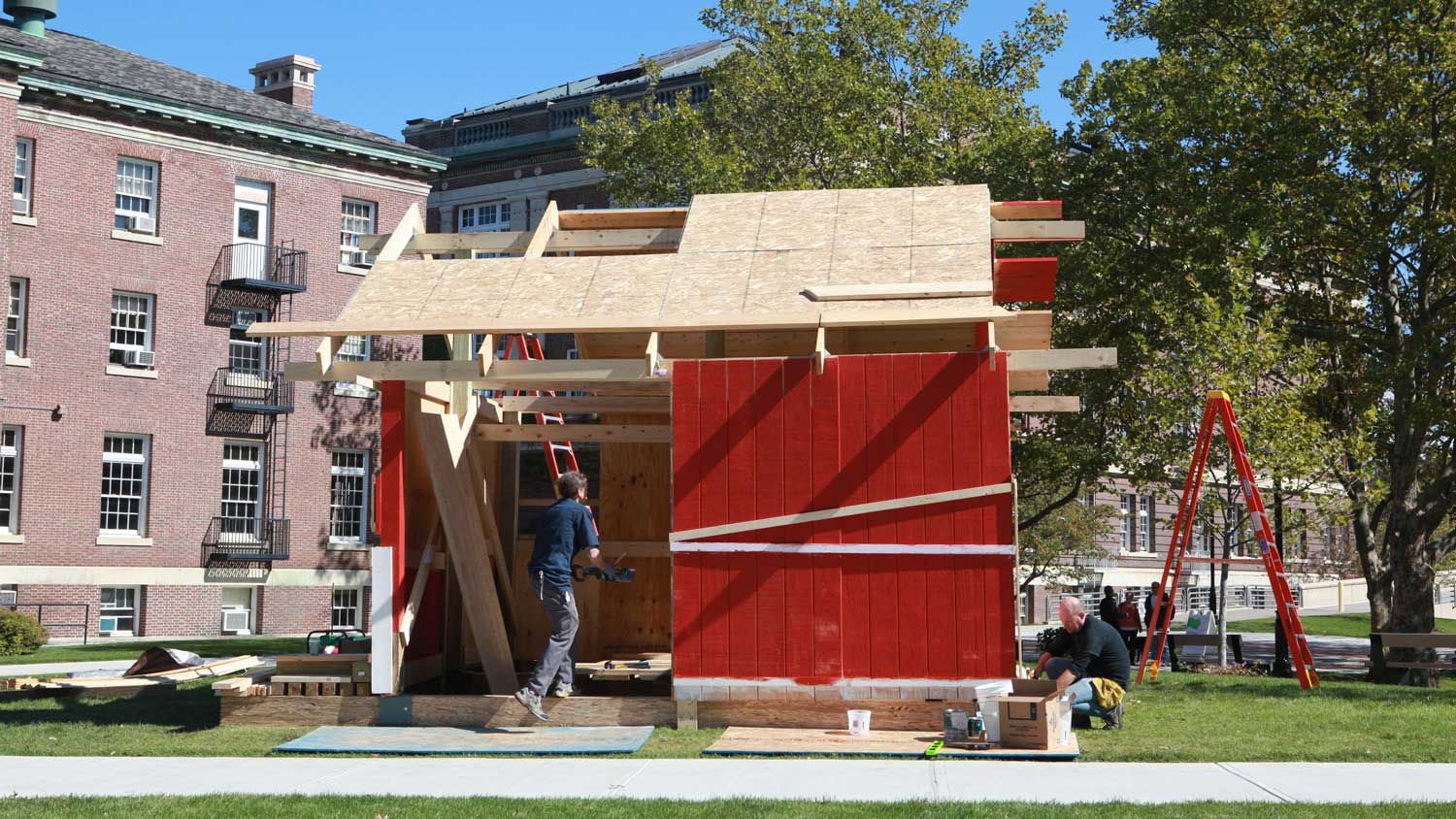 All Raise This Barn (East)

Using 21st century techniques, MTAA (artists Michael Sarff and Tim Whidden) conduct an old-fashioned barn raising on the Rensselaer campus. All Raise This Barn (East) is a group-designed and assembled public structure created in response to a public vote by the Rensselaer campus and local community. Using a commercially available barn-making kit as the starting point, online voting determines architectural, aesthetic, and labor choices, as well as whether the assembly is collaborative or competitive.

Part construction project, part participatory performance, All Raise This Barn (East) explores the positive and also persuasive power of the community vote and its prevalence in contemporary society, from the Internet to reality television competitions. MTAA invites the public to participate in the group assembly/performance of the final work, which will be raised in one day starting in the early morning hours on October 1st and will culminate in a ribbon cutting ceremony at 5:30 PM. Vote for the artbarn!

Main Image: All Raise this Barn (East) as part of Filament in October, 2010.