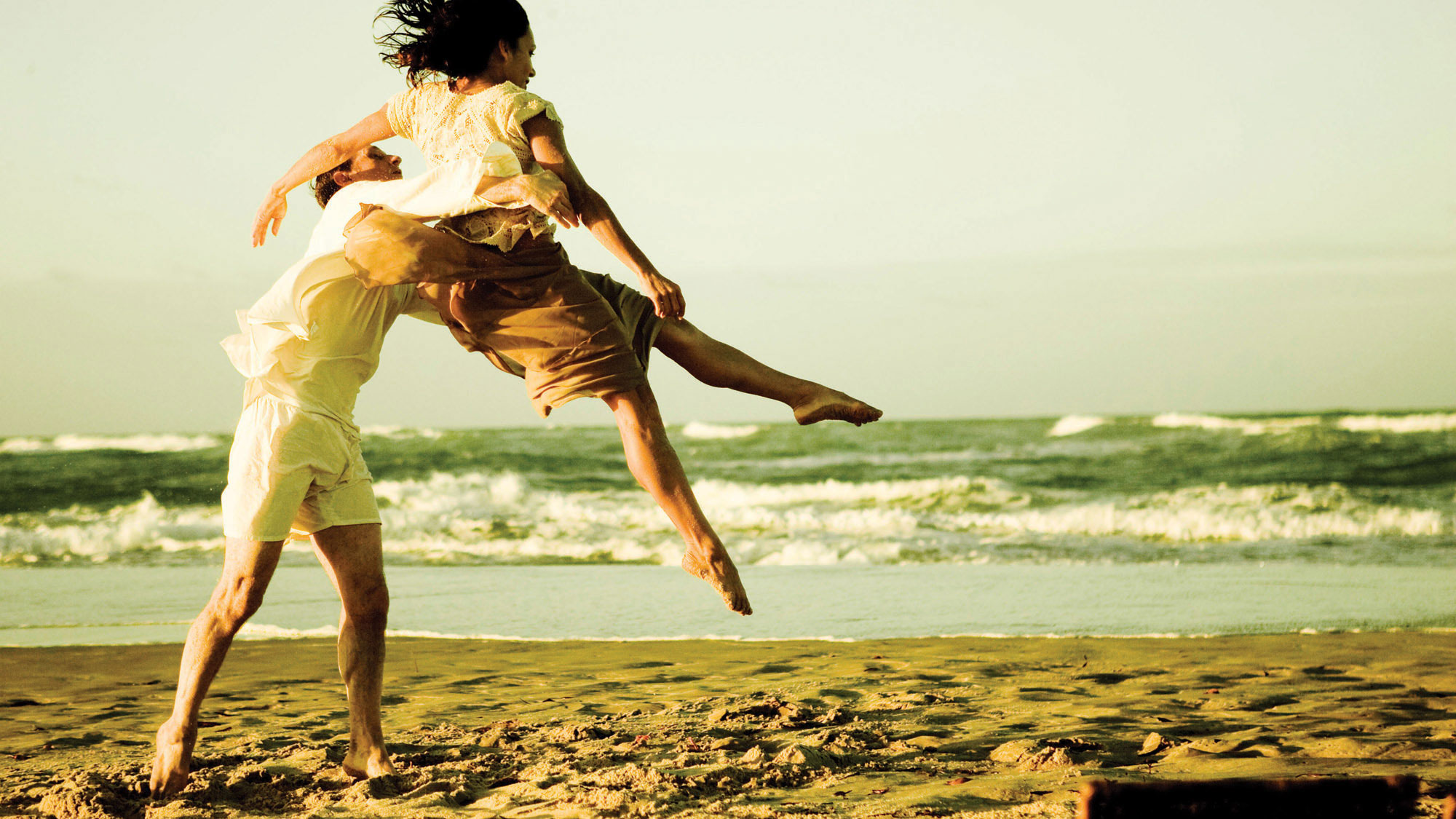 The official premiere of four new projects created through the DANCE MOViES Commission, the only major program in the U.S. to support new works that fuse dance with the technologies of the moving image. These projects represent the second round of this commission and encompass a single-channel video installation made from animated 3D scans of a dancer and three dance films spanning the gamut from Depression-era musical, to love story, to dancing full throttle through city streets. The screening is followed by a presentation and open discussion with the artists and filmmakers. Afterwards, all are invited to a reception in EMPAC’s café.

Body/Traces (USA) Created and co-directed by Sophie Kahn and Lisa Parra, choreography by Lisa Parra, music by Sawako Kato, performance by Lisa Parra and Tina Vasquez, 3D scanning/animation by Sophie Kahn. (USA) Using a DIY 3D laser scanner and stop-motion 3D digital animation to track a dancer's movement through space and time, Body/Traces is a single-channel video projected at life-size. Illuminating the physical presence and disappearance of the body, this work addresses the questions: What happens to the body in motion when it becomes a still image? And what becomes of that image when it is returned to the moving body whence it came? (7 minute looping video installation) Body/Traces was supported by a three-week creative residency at EMPAC in January 2009.

Eyes Nose Mouth (USA) Choreographed and conceived by Noémie Lafrance, directed in collaboration with Patrick Daughters with music by Brooks Williams. (USA) Inspired by our physical, emotional and psychological relationships to spaces that are public versus private, “Eye Nose Mouth” follows single characters navigating through a series of changing landscapes. The site-specific choreography reacts to the urban and natural environments creating a narrative thread that evokes the characters' transforming emotional states. (10 minutes)

Looking Forward—Man and Woman (Brazil/The Netherlands) Directed by Roberta Marques, choreographed and performed by Michael Schumacher and Liat Waysbort (Brazil/Netherlands). This film is a love letter from a man to his wife at the end of their long lives, and simultaneously a portrait of a younger couple at the beach, where both the waves and time run backwards in opposition to the drift of fate. The second film in a trilogy that plays with the reversal of movement and time in video and dance to create mind-binding illusions. With excerpts from the poignant Lettre à D. by the social philosopher and writer André Gorz. (10 minutes)

Sunscreen Serenade (USA) Directed and choreographed by Kriota Willberg. Sound by Carmen Borgia. Illustration and design by R. Sikoryak. (USA) In homage to Busby Berkeley’s flamboyant kaleidoscopic style of the 1930s, scantily-clad finger puppets tackle the contemporary issue of ozone depletion. Cheerfully dancing in formation, the diminutive dancers deliver a gentle reminder that environmental and political trends come and go, much like the drift of our culture through movie fads. (5 minutes)

The DANCE MOViES Commission is a program launched by EMPAC to support the creation of new works in which dance meets the technologies of the moving image.

The DANCE MOViES Commissions are awarded through a competitive open proposal process. The international selection panel for this second round met in May 2008 to award the commissions to four winning proposals. The panel consisted of Leonel Brum (Brazil), Lynette Kessler (USA), Christina Molander (Sweden), Laura Taler (Canada), Hélène Lesterlin, dance curator at EMPAC, and Johannes Goebel, the director of EMPAC.

The DANCE MOViES Commission is made possible by The Jaffe Fund For Experimental Media And Performing Arts. Founded through the generosity of Amy and David Jaffe, Class of 1964, the fund supports artist residencies, performances, commissioning and productions of new works and their related activities at EMPAC.