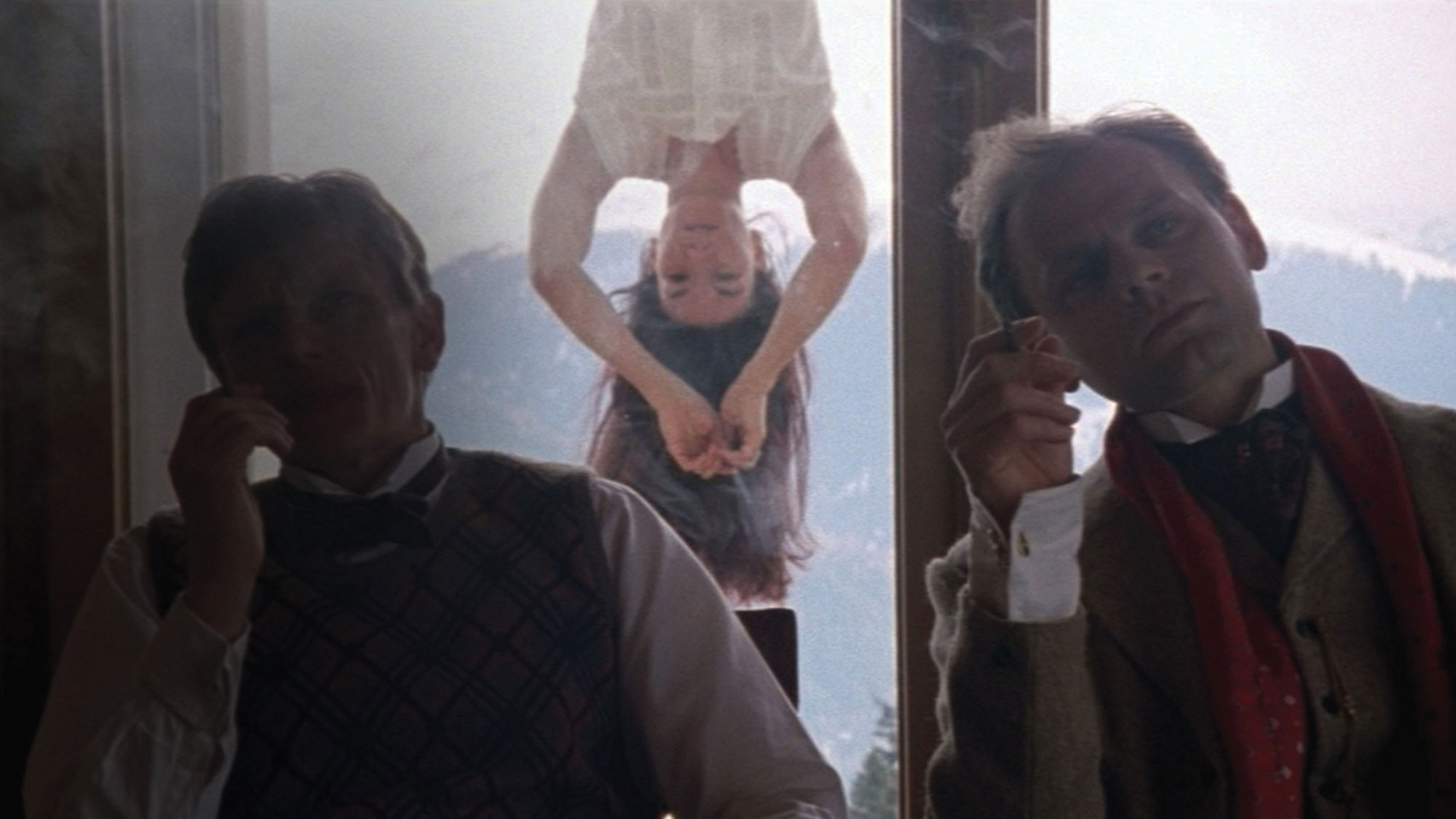 DANCE MOViES: An ongoing EMPAC series showing the latest, daring work made by contemporary dancers creating short films and experimental videos. This selection of international films runs the gamut - from outrageous antics in unlikely places to animated bodies, all projected on the big screen. The third in the ongoing DANCE MOViES series, Ice Breaker presents six short films from the UK, Finland, Australia and the Netherlands that push the envelope of the form. From animated stick figures to ice skaters, from hilarious rubber-encased mayhem in a waiting room to the mystery and coolness of bodies floating in space, from partying in the snowy Alps to playing guitars in small-town Finland, each of these films immerses us in a unique world.

2005, 9', (UK) Directed by Shelly Love Four lackluster people kill time in a windowless waiting room. They notice a hole in the wall emitting and then imbibing a black fluid. Things go from strange to stranger as animate sheets of rubber start to encase faces and bodies and then the room itself.

2003, 8', (UK) Directed by Rosemary Lee and David Hinton Archival footage of winter antics from the 1890s to the 1960s is cut and re-combined to create a rhythmic choreography of gesture and action, on the slippery sidewalks and slopes of a bygone era.

2003, 9', (UK and Finland) Directed and choreographed by Miranda Pennell The director casts a subtle eye on adolescent rituals playing out across the wintry landscapes of small-town Finland. Girls skate on a frozen lake, while boys play electric guitar in their rooms, dogs bark, the sun goes down. A thoughtful film which evokes fantasy and yearning.

2005, 25', (Netherlands) Directed by Annick Vroom The latest film from the zany Amsterdam-based Hans Hof Ensemble is set in a 1920s sanatorium in the Swiss Alps, where hilarity runs at a fever pitch, literally, as the patients cavort, ignoring the facts of illness and death, preferring to crash headlong into love and folly.

Special thanks to all the artists and filmmakers, Gaelen Hanson of 33 fainting spells (Seattle) and Dierdre Towers of the Dance Films Association (NYC). This program was partially drawn from titles shown in the Dance Films Association's annual Dance on Camera Festival co-sponsored by the Film Society of Lincoln Center with the support of the National Endowment for the Arts.